Thanks to the coordinating efforts of Operation Go Quickly and some wonderful healthcare partners, Haitian amputee soccer players will soon be on their feet. Due to injuries from the 2010 earthquake (Stanley Gustave) and an infection (Carnot Dorvil), both young men lost their lower extremities. While forearm crutches opened the door to play their beloved sport of soccer, their disabilities created issues in a society that frequently does not recognize the value of the physically impaired.

Following Stanley’s successful stump revision surgery at Scottish Rite Children’s Hospital, his journey to obtain a prosthesis took another positive step recently. Scottish Rite prosthetists Jill Strossel and Steve Ronde cast Stanley’s stump and created a clear plastic test socket. This allows the prosthetists to make the final adjustments before creating the finished prosthetic leg. Stanley is due back September 24 to be fitted for the prosthesis and undergo a week of intensive physical therapy.

Meanwhile after waiting several months for the parts of the prosthetic puzzle to come together, amputee Carnot Dorvil was the grateful recipient of a stump revision by Texas Orthopedics surgeon Dr. Chris Stockton. Following the revision surgery at Dell Seaton Medical Center in Austin, Dr. Stockton indicated that the surgery had gone extremely well. 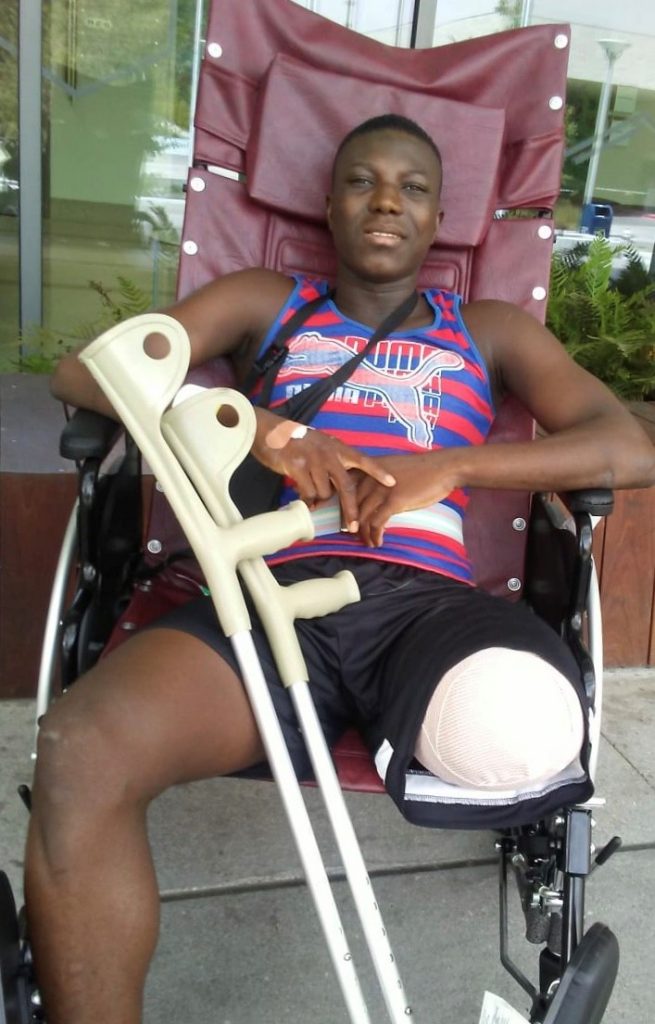 Carnot was discharged Saturday afternoon and will soon be able to put his forearm crutches aside. After the prosthetic fitting he will only require the crutches when he plays amputee soccer. Otherwise he will be walking on his own two feet -,well one natural and the other close to natural!

Operation Go Quickly would like to give a big shoutout to the staff of Scottish Rite Children’s Hospital, orthopedic Dr. Chris Stockton, Dell Seaton Medical Center, and caregivers Clay and Shanda Gary.